Bambi brings 10+ years of diverse marketing/social media, event production, PR and business leadership experience with a all-hands-on-deck startup mentality with a positive attitude to all her marketing, social media and web design projects. 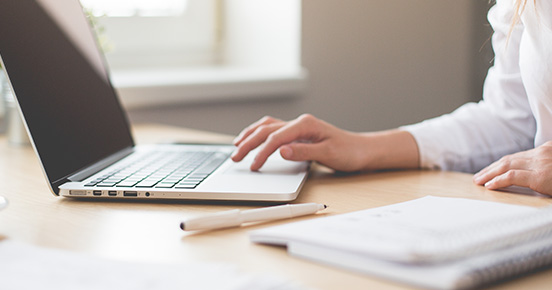 Each participant had a few hours to catch as many fish as they could, with the winner receiving prizes.

The organization says the events brings together the special needs community for a fun day of fishing and friendship. Fishin’ with special friends provided rods, reels, bait, and other equipment for special needs participants.

Based in Wilmington, the non-profit focuses on special fishing events for special needs children, special needs adults and their families.

WILMINGTON, N.C. (WECT) – Masters of Ring Entertainment (MORE) may not hold wrestling events frequently, but when they do you can find family-friendly fun and a cavalcade of A-List stars from pro wrestling’s past, present and future.

Saturday, “Masters of Ring 1” will be held from 7-9 p.m. at the Duplin County Events center in Kenansville. This is the company’s first wrestling show since 2016.

Founder and Promoter Bambi Weavil started MORE in 2015 and says this is the biggest event to-date for the company.

Interview with Bambi Weavil, CEO of Masters of Ring Entertainment

Q: Tell us a bit about Masters of Ring Entertainment.

A: Masters of Ring Entertainment is a national pro wrestling organization currently based in Wilmington, NC, focused on delivering the best family-friendly pro wrestling shows including pro wrestling fan expos, tribute events, and live pro wrestling shows.  We focus on Tradition, Honor, and Community as our core values.  We deliver MORE wrestling but we also have plans to do even MORE.

Wrestlemania brings millions in business to the Crescent City

Dozens of wrestlers will compete at Wrestlemania this weekend, but the city of New Orleans is the real winner.

Wrestlemania generated a record $142 million for New Orleans back in 2014 when the city first hosted the event. Since then other cities like Orlando have raked in $181 million, which was just last year.

Step into Wrestlemania Axxess, the fan fest that’s held before the main event and it’s clear, fans are excited and they’re ready to have fun. And, they’re willing to drop thousands of dollars to take part in Wrestlemania 34 this weekend in the Crescent City.

Over 75,000 fans are expected to attend the main event at the Superdome, and around 30,000 at Wrestlemania Axxess at the Ernest Morial Convention Center.

Snow is a former WWF Wrestler and now runs his own wrestling academy, meaning he helps coach aspiring superstars.

“It’s not a character, you’re not portraying someone else, you’re simply taking an aspect of your personality and turning the volume way up,” Snow said.

With 14 matches this year, it’s one of the biggest programs WWE has ever put on for Wrestlemania.

“I am wearing a Ronda Rousey t-shirt so I’m really excited to see her,” said Bambi Weavil.

And judging by fan reaction, this could be one of the city’s biggest event yet.

Inside the Ring: First ever all-female wrestling conventions dings the bell in Wilmington

“We’re excited to bring this kind of quality of wrestling to Wilmington.” said promoter Bambi Weavil. “We hope Wilmington continues to support us.”