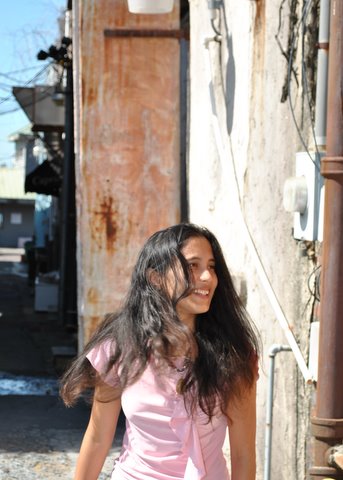 Eight days into 2011 and I’m finally recapping 2010! That should tell you something about how busy it’s been!

Because what the world needs is people who have come alive.” -Howard Thurman

– I spent time working for Dr. Naveen Thomas from 2009-2010 working as an Executive Assistant for himself and his practice in Wilmington, NC. It was a fantastic experience that taught me so much personally and professionally. I worked along side a great staff at Delta Behavioral Health while helping typing notes, filing charts, using QuickBooks, and other various office-related tasks. I was also responsible for keeping Dr. Thomas on time (as much as one can be in an medical office!) and getting the patients to be seen from the waiting area. It’s quite amazing how many we were able to see in one day without sacrificing quality time for each patient. Working as an Executive Assistant in a busy medical practice, showed me how each person in life from all walks of life, are truly just trying to get by day-to-day and we all share the same wants and desires at the end of the day.

– After Dr. Thomas closed down his practice to continue further advancement of his field, I focused on Out Impact and my freelancing in marketing, social media, public relations and website building/Wordpress management.

– In June 2010 we celebrated Out Impact’s 3rd-year anniversary on board the Royal Winner Princess II with AMA Award Winner and Multi-Platinum Artist, Randy Jones (also known as the Original Village People Cowboy) in Carolina Beach, NC! Randy was featured on the cover of Wilmington’s local entertainment publication, encore! Tons of fun on board the cruise, and our second time working with Randy, cruising on the Intercoastal Waterway. We raised money for a great cause: The CUE Center for Missing Persons!

– I joined WorldVentures as a Leisure Travel Consultant in the Summer of 2010.

– I created and debuted this site, BambiWeavil.com, on my career accomplishments thus far. I also created and launched my Facebook fan page.

– I worked in a short, temporary contracted position for with a local dentist as their Social Media and Marketing Strategist in July. I was responsible for attracting more Twitter followers, managing their Facebook, LinkedIn, FourSquare, and other local social networking sites. I constructed their YouTube video strategy in an effort to spread awareness to their practice. I successfully landed her media appearances for the national Heartbeat Radio for Women, Fat Girls Guide to Living, and EcoHookups.com.

– I joined the only 24-hour pro wrestling station online, PWF Radio as on-air talent for Shoot Finish radio with Renegade and Mark James, airing every Wednesday night at 10p-12a EST.

– In the Winter of 2010, I began working with my long-time friend and Associate Director of Out Impact Productions, Greg Ragland, on a revolutionary idea in the sports-entertainment world, the first-ever fan funded & supported book in pro-wrestling for my long-time client, Tammy Sytch, known as the Original Diva, Sunny, from the WWE. We raised the first round of funds in December and we are currently working on the second round! Tammy recently completed a great interview with newsday for it!

Looking Forward Into 2011!: It is truly the year to Look Forward.

Lead your life with your heart wide open. Your truth is where your passion and your focus stand together. When you focus, your life will be constantly shining for opportunities. Constantly prepare for your spotlight on the stage of success.

– The debut of one Out Impact campaign coming soon that I’ve been working on since October 2010 that will help raise awareness and funds for LGBTQI homeless teens in New York City.

– The debut of another Out Impact campaign in development that will encompass the arts world, target date, Spring 2011.

– The creative and production process of Tammy’s cookbook.

– The acquisition of sponsors and future partnerships for Out Impact and Out Impact Productions.